Lots and lots of post-Election hand-wringing...

"Don't buy anything, because you're part of the problem!"

"Damn, look at how Brady/CSGV are gloating over Obama's victory"

Lots of cursing the darkness.

Who's lighting the candle?

What's our plan, going forward - from this very moment?

If you haven't joined the NRA or any other advocacy group, join now,
and get others to sign up.  There is strength in numbers.

Tell your bolt-action rifle and double-barreled shotgun shooting/hunting friends
that yes, their hardware is in the crosshairs of the gun banners.  Just because their
stuff doesn't have a military look, it doesn't mean that it's immune to restriction or an outright ban.
The anti-gunners will definitely go after the former, but they will not be satisfied with just that beginning
step...

Take your kids, grandkids, nieces/nephews shooting.  Don't force it on them, but do it.

Write letters - thank your pro-gun representatives for voting our way.  Write polite letters to the anti-gun politicians to let them know that we're out there, and that we care about our rights.

Did your decision to move to a different state hinge at least partially on RKBA or lack thereof?  Write a letter to the governor and Treasurer/comptroller of the state you are leaving.  Let them know that gun rights are part of the reason, and that you're a productive citizen whose tax revenue will be missed.  Giving them a reasonable annual estimate of your combined income, sales and property taxes will let them know how much.

Take your non-shooting friends to the range, especially if they're anti-gun or neutral on the subject.  I've found that "neutrals" unless they've been shooting, will generally lean a bit toward regulating firearms if pressed on the matter.


Obama's re-election MAY make our shooting lives more difficult and complicated - but CANNOT make it impossible if we stand and fight.

Awesomeness of the Gun Community

Imagine you're walking through the parking lot of a shopping center.  You hear the following conversations in passing: "Yeah, I just got it a month ago.  Been waiting a long time.  Here's the key - take it for a spin."  or: "You're low on gas? No problem, I'll hand siphon out five gallons and you can put it in your own car."
I think the probability of that happening is vanishingly small, small enough to be called "zero."
If you strike the words "car" and "gasoline" and replace them with "gun" and "ammunition" you'll understand the comaraderie, enthusiasm and generosity that exists in the gun community, between shooters.
It's just one of the reasons why we're winning.
Posted by Aaron at 7:46 AM No comments:

If you find you don't reflect, resolve and renew at the conclusion of every day of the year, why bother doing so on day# 365?

70 Years ago, the Japanese woke a sleeping giant... 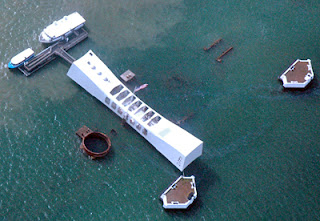 USS Arizona Memorial at Pearl Harbor, Hawaii.
Much has been written about the sneak attack 70 years ago, and our subsequent involvement in the conflict that had already enmeshed Europe and Asia. There isn't much that I can add, except to say that it's a stark reminder that we need to remain eternally vigilant, and prepared.
Posted by Aaron at 7:27 AM No comments:

Black Friday: What are you fighting for? 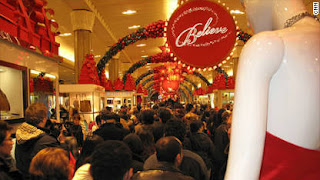 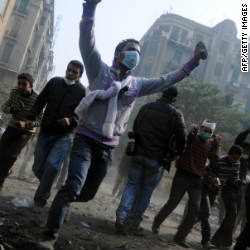 Today, are you fighting for your rights, or for the right gift for yourself or others?
Are you braving the chemical sprays of a Government that won't cede power, or those of a demented consumer who grew tired of battling crowds while she tried to shop?
Are you putting gasoline in a bottle, or gas in your car so you can hit every store on your list, and a few that aren't?

I'm sure this Black Friday will be a frustrating experience for most Americans, but remember that at the end of the day, you'll have just about everything you started with this morning - your car, your home, your family, your rights.  Perhaps a bit less cash and gasoline, but the important things will still be there.

Yesterday was Thanksgiving, but today might not be a bad day to be thankful for what you have, and to think, even for just a second, about what others do not have, and are putting their lives in peril to obtain.
Posted by Aaron at 8:09 AM No comments:

He who shall not be named...

I'm not invoking the Cthulu mythos here.  I'm referring to a rather unpleasant fellow who has gone on record with public YouTube postings declaring his utter contempt for society.  He brags about dressing up in a manner that implies he has served in the military, and describes how he soaks up whatever "freebies" veterans are given at restaurants, by passersby, etc and how easily we are all apparently fooled by his act.
He's dumping not just on the men and women of our Armed Forces that have actually served, but everyone who goes out of their way to recognize their service with an extra bit of kindness.
Sadly, this person is probably accomplishing a secondary goal - that of grabbing a LOT of attention.  People like him are looking for that more than anything.
There are a lot of message boards where active and former servicemembers confer, and in these fora, this  person is receiving a tremendous amount of hate, bile, and veiled threats to harm him physically.  His home address and a phone number have been posted, in case anyone wants to give him a piece of their mind.
It's actually rather unfortunate in a way.  The language being used to describe him sound like third-grade taunts.  The talk of punching him out sounds like stuff I heard at the lunch table in high school.  Is it me or are people letting themselves be pulled down to his level?  Don't you think that if you call his house and curse him out, he'll hang up, but experience a warm and fuzzy at the acknowledgement of his effect on you?  Or that if you strike him, he'll get up, grimacing and pain but again, smiling on the inside that *someone has listened to him*?
Every time someone talks about him, how he makes them feel and what they'd like to do about it, gives him more and more power.
I think the wisest course of action is to tune him out.  Stop watching his videos, and posting the links.  Don't call, write or talk to him in person.  What I think this person fears more than anything is becoming a nonentity.  And if we take the high road here and simply move on to other, more positive topics, he'll dry up and blow away.
Posted by Aaron at 9:28 AM 2 comments: